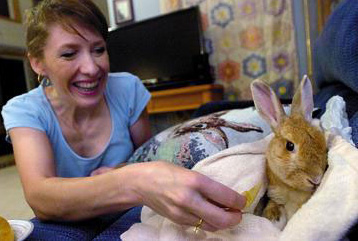 Jennifer Russell of Silver Run, Maryland is the owner of the world’s oldest living rabbit. At 15-16 years old, Heather was confirmed by the Guinness World Records earlier this month. Russell adopted Heather in 1995 with papers saying the rabbit was two years old at the time. According to Russell, Heather was quite the diva in her prime growling at cats that came too close, and while still spunky, the elderly rabbit now spends her time relaxing on the comforter and eating hay.