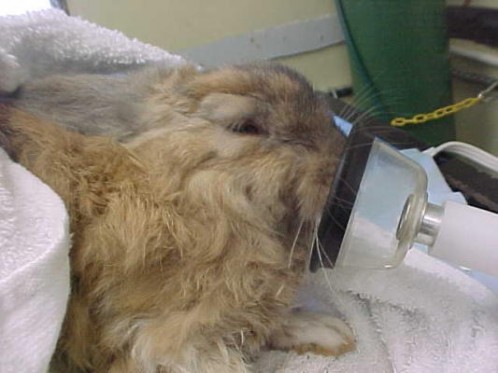 Earlier this week in Katy, TX, a house fire killed three women and left their 23 pet rabbits stranded. The flames didn’t reach the rabbits, who were caged on the back porch, but the bunnies did suffer from smoke inhalation.  Animal rescue group Special Pals took the rabbits in and treated their respiratory ailments.

According to Yvonne David, Executive Director at Special Pals, “A fireman brought me one rabbit who did not appear to be breathing. I gave him CPR, and the EMS personnel supplied him with oxygen. All of sudden he ‘came to’ and started breathing on his own. We’re calling him Phoenix.”

All the rabbits are recovering and will be up for adoption soon. You can also help by donating fresh produce to Special Pals.