Is this the world’s fluffiest bunny? 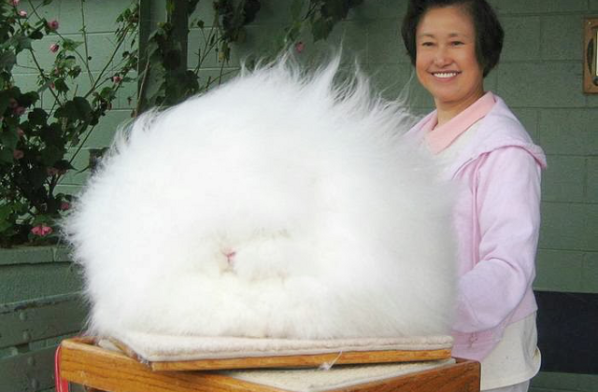 Unfortunately, I couldn’t pull up any sort of Guinness Book of World Record for this feat. But if there were a record, it probably would go to this kind of rabbit, which is an angora.