About forty feral rabbits captured from the UVic campus are destined for Wild Rose Rescue Ranch in Texas.  The rabbits were spayed and neutered over the weekend by Dr. Joseph Martinez of Little Paws Animal Clinic, who volunteered his services.

Another sixty rabbits were also captured and will be placed in local British Columbia sanctuaries. 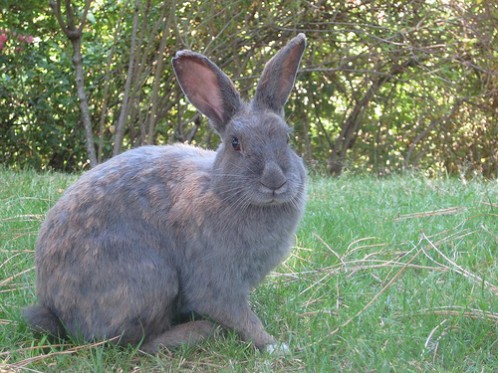 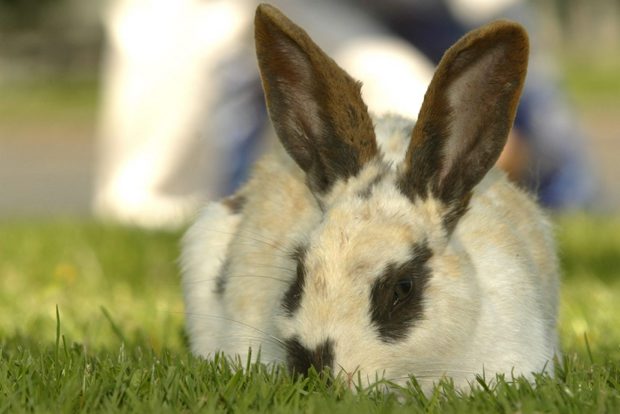 For years the University of Victoria in British Columbia, Canada has experienced a major problem with feral rabbits. These rabbits, who started out as abandoned pets and then multiplied, have taken over the campus, destroying campus greenery and athletic fields.

Nick Shaw, a local veterinarian, has offered to provide vasectomies to the male rabbits at no charge to curb the population growth. Vasectomies differ from neuters because the rabbits’ testicles would stay in tact. In that way, the male rabbits would still embody normal territorial and mating behavior, but mating would not result in baby bunnies. He hopes to defray his costs by holding fundraising events. 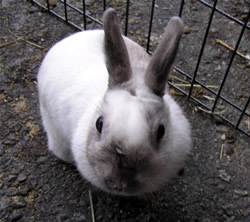 The overpopulation of domestic rabbits running wild in Kelowna, British Columbia has been an ongoing issue for the Canadian city. Now, another British Columbia city, Richmond, which is located near Vancouver, faces a similar problem.

The Richmond Animal Protection Society (RAPS) has taken in over 40 unwanted/abandoned rabbits recently. Many were rescued from area parks after being dumped by their owners. If left on their own in the parks, these rabbits would produce litters upon litters of feral rabbits. In fact, in 2006, mirroring circumstances caused lawmakers to schedule a cull of the out-of-control feral rabbit problem. But before the cull took place, the rabbit population was decimated by disease and starvation.

Now the city may turn to a ban on rabbit sales to solve the problem. This would limit the number of impulse buys from pet stores that lead to the dumping of domestic rabbits in parks.

Elvis Comes to Kelowna, BC

Back in December, I posted about the feral rabbit population explosion in the Canadian city of Kelowna, British Columbia. Since then, the city has gone back and forth on how to handle the problem. After complaints about the inhumane culling of the rabbits by use of air rifles, the city changed its approach. Currently the city has turned to trapping the feral bunnies, and then putting them up for adoption.

The Responsible Animal Care Society (TRACS), who has been active in saving the rabbits, has sponsored many fundraising events. Their latest is a benefit concert featuring Elvis impersonator D.R. Elvis happening on Saturday, November 1.