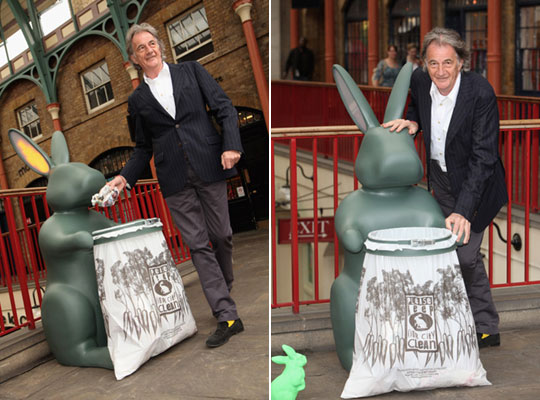 The two designers were chosen because they had agreed to go fur-free in the past and then made exceptions for rabbit fur.

According to Gunn, who has teamed up with animal rights group PETA, “Any designer in the fashion industry who does not want to watch the PETA video and see exactly what happens to animals and how they’re treated and how the product that they use comes to the marketplace, I believe, is egregiously irresponsible.”