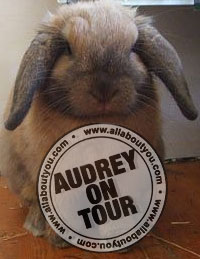 Audrey Rabbit is a house rabbit living in North London. Her mom, Carol Muskoron, is an Associate Editor at AllAboutYou.com.

Audrey wanted to learn about other parts of the world, so she sent her clone out to New London, CT in the US to visit her friends at My House Rabbit.

Come see what they got up to! 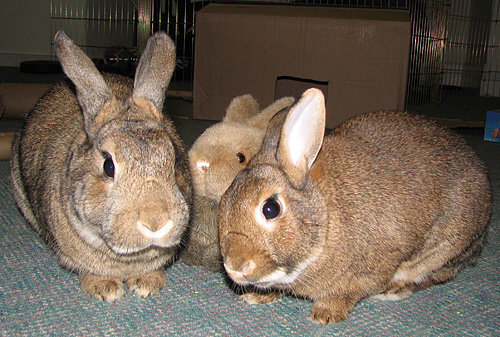 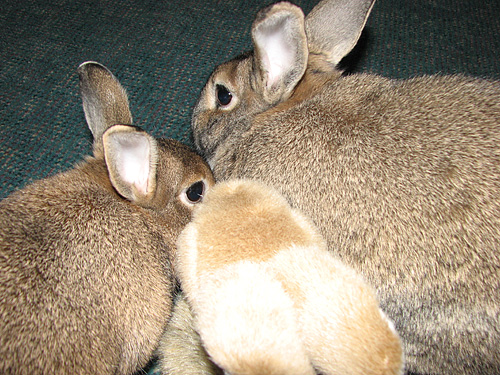 Coco, Audrey, and Cosette get close. 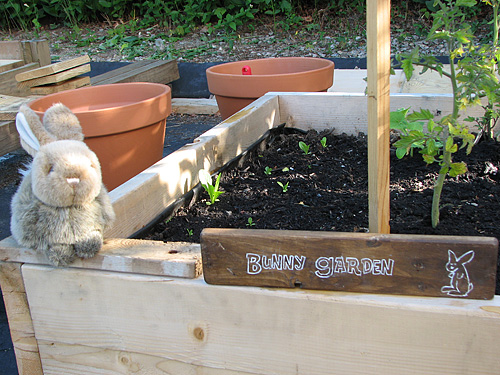 Audrey checks out our bunny garden. 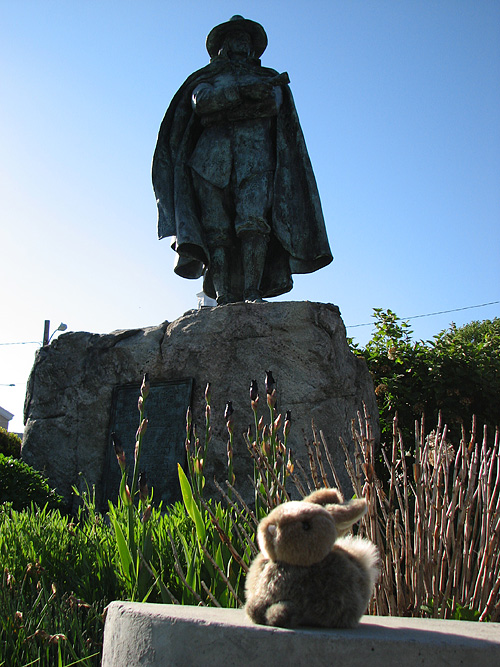 Audrey makes a stop at the statue of John Winthrop the Younger. Winthrop founded New London in 1646 and later went on to become the governor of Connecticut. 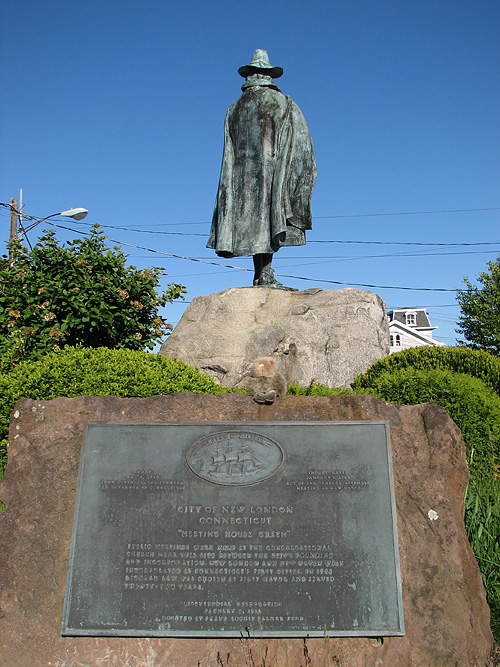 Another view of Audrey with Governor Winthrop’s statue. John Winthrop the Younger continued the tradition of his father, who was the founding governor of the Massachusetts Bay colony. 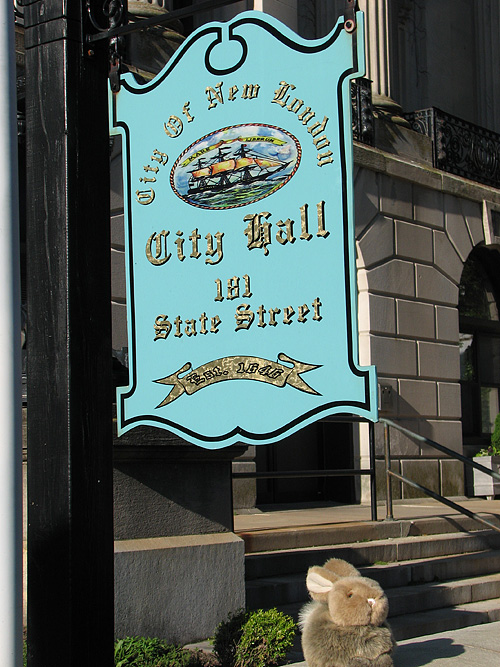 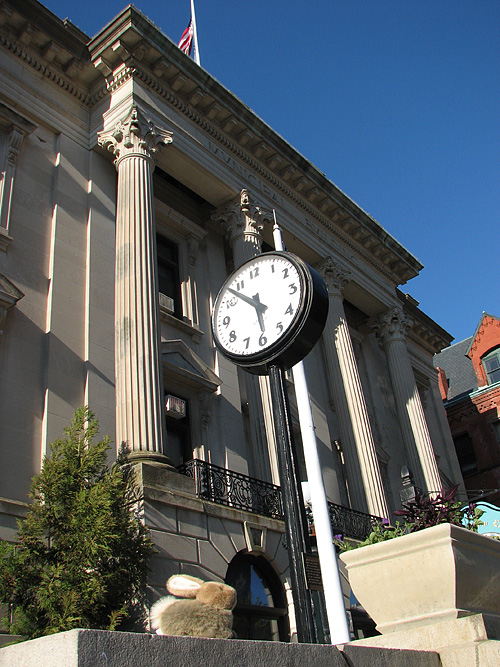 A full view of City Hall. 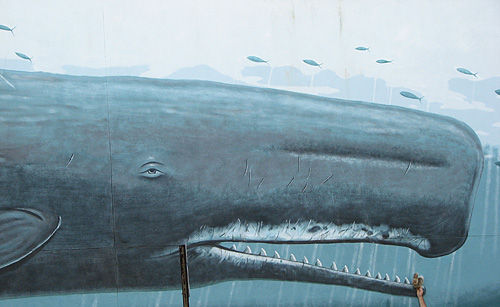 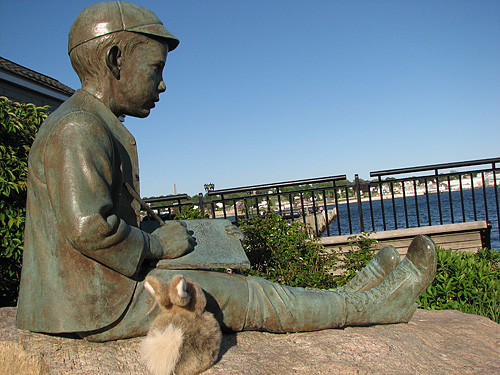 Audrey poses with the statue of Eugene O’Neill as a boy. O’Neill, who spent his summers growing up in New London, used to sit by the Thames River and sketch the ships. O’Neill is the only American playwright to win a Nobel prize for literature. 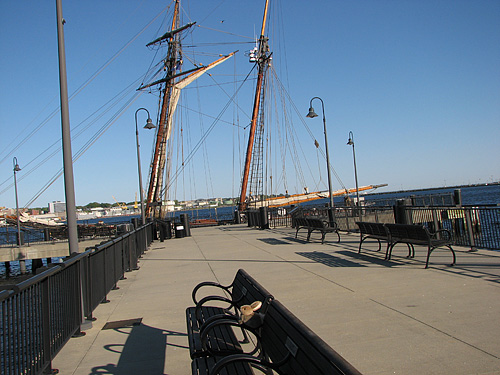 Audrey takes in the view at the State Pier. 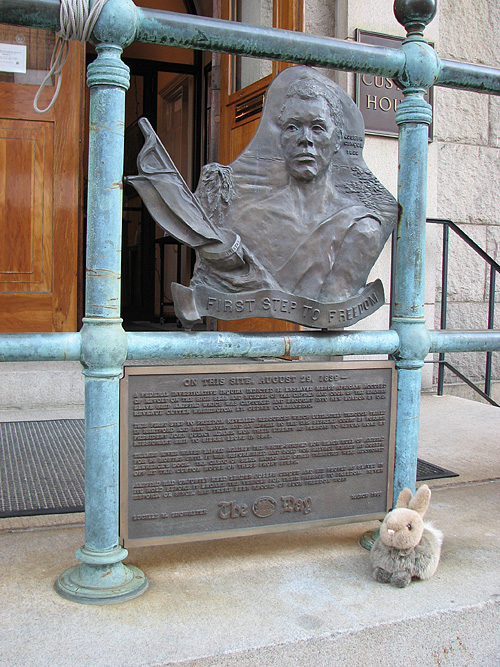 Audrey at the Customs House Maritime Museum on Bank Street. The museum focuses on New London’s rich history as a whaling and shipping port. 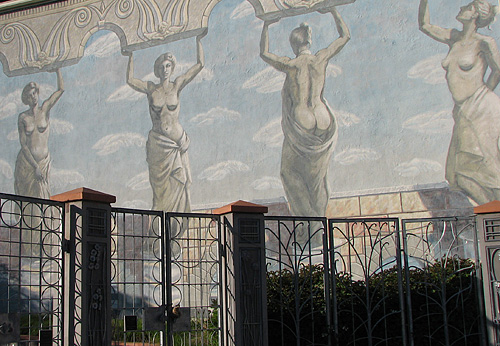 Audrey at the gate of the Hygienic Art Park. 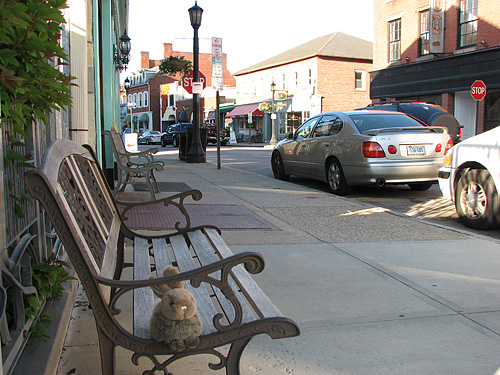 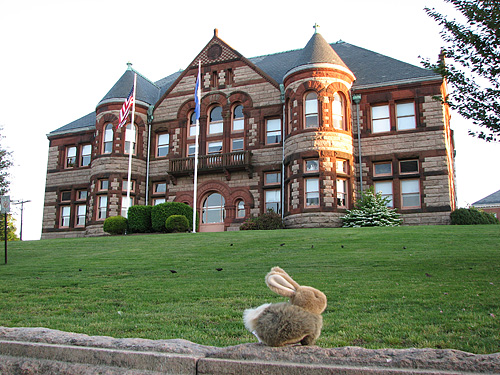 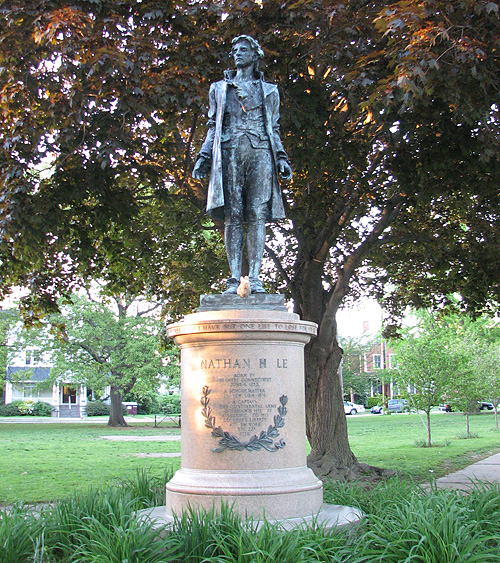 Audrey’s last stop was the Nathan Hale statue in Williams Park. After Nathan Hale graduated from Yale, he was a school teacher in New London. He was way ahead of his time by teaching girls in 1773.

Next stop: Bow, Washington to visit our friends at the House of Rabbits!