Rabbits of a monumental size loomed over visitors to Boston’s Lawn on D last week. The whimsical inflatable sculptures were created by Amanda Parer initially for the Vivid Festival of Light in Sydney in 2014. Since then, the rabbit sculptures have traveled to festivals across the globe including stops in England, Belgium, Australia, France, Canada, Scotland, Denmark and Italy.

Although at first, the rabbits bring about a sense of childlike wonderment, upon closer inspection, the art elicits a more ominous feeling. According to Parer, “Intrude is about us, Westerners, Europeans, coming to Australia and dramatically changing the space. Not only bringing introduced species, but also having a dire effect on the indigenous peoples there. As a culture, we haven’t come to terms with that.”

Learn more at The Artery.

The Cracking Art Group have installed colorful rabbit sculptures at a Printemps store in Paris made of plastic water bottles that were found in landfills. The Cracking Art Group is a collaboration among six international artists who focus on social and environmental issues. They work largely with plastics. 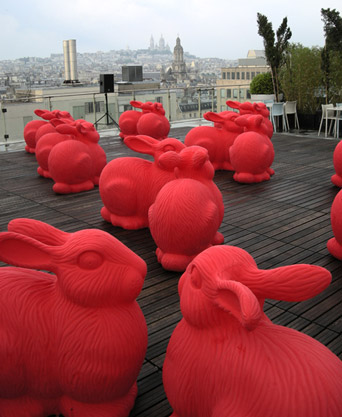 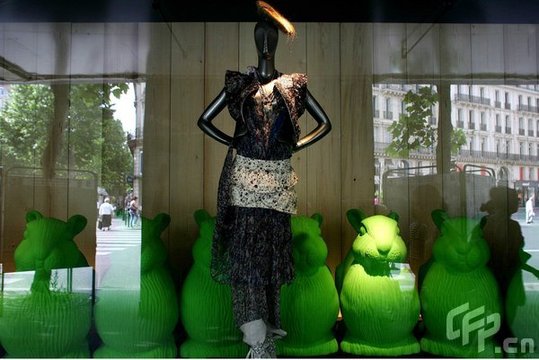