For the owners of rabbits with special needs, there’s a new resource to help guide them. DisabledRabbits.com is a not-for-profit educational website dedicated to giving owners of disabled rabbits the resources, tools and guidance they need to provide their special needs buns with the best care possible. 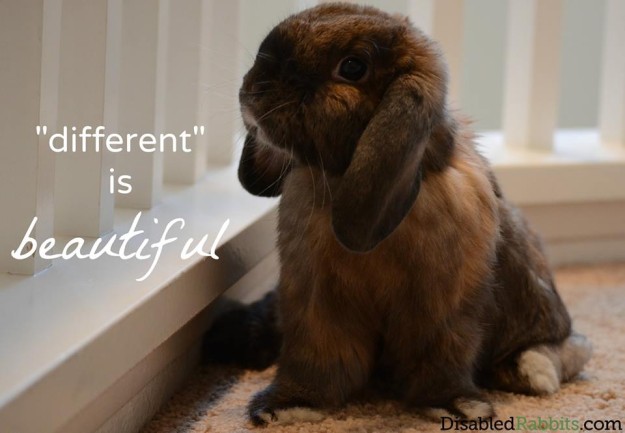 A Special Flight for Special Bunnies

Pilots N Paws Canada, an organization that brings together volunteer pilots and animal rescues, launched its maiden voyage on June 11. The passengers? Special needs bunnies from Small Animal Rescue in Vancouver who needed transportation to their forever homes on Vancouver Island.

The flight was a success!

From the volunteers at Small Animal Rescue:

The **Bunnies have landed**A big thank you to Chris, PNP and Gini for making this possible.
We had been trying for quite awhile trying to find a way for these guys to get to their forever homes as they have special needs….so the least amount of time spent in transport, the better for them. 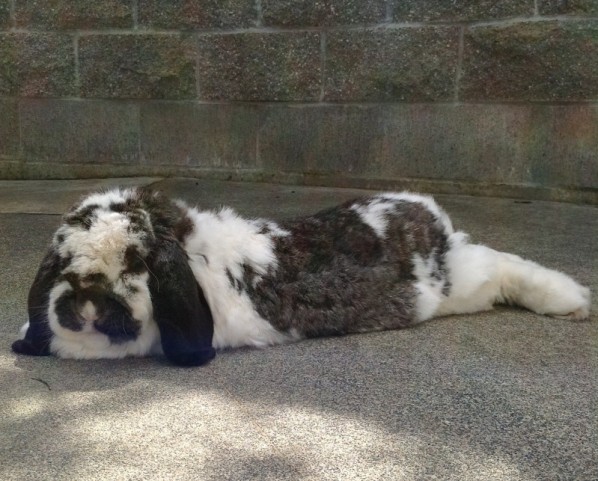 Tiny, one of the special bunnies who made it to his forever home thanks to Pilots N Paws. 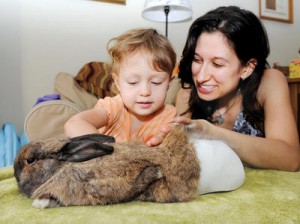 Special needs bunny Pipkin was taken in by Haviva Lush,  founder of the Canadian charity Rabbit Rescue, five years ago.  Pipkin was born with several issues: his front legs were splayed, he was missing a hip joint, and one hind leg was shorter than the other (and was later amputated).

Yet despite all this, Pipkin’s temperament remained surprisingly happy.  So when the opportunity arose to be fitted with a prosthetic bucket to help stabilize him and keep him upright, Pipkin was a great candidate.

The device was created by Dr. Joyce Olynich, a Toronto-based vet who specializes in prostheses. It was the first prosthetic bucket made for a rabbit in Canada.

New Book about Caring for Rabbits with Special Needs

Lucile C. Moore and Kathy Smith, authors of A House Rabbit Primer and Rabbit Health in the 21st Century, respectively, have teamed up to write a much needed new book. When Your Rabbit Needs Special Care: Traditional and Alternative Healing Methods

provides information about various conditions, illnesses, and disabilities along with different methods for care, treatment, and pain control.

This book, which will be released this week, focuses on an area of rabbit health in need of attention. Now, owners of rabbits with special needs have a comprehensive resource to reference when they are unsure how to care for their pets.